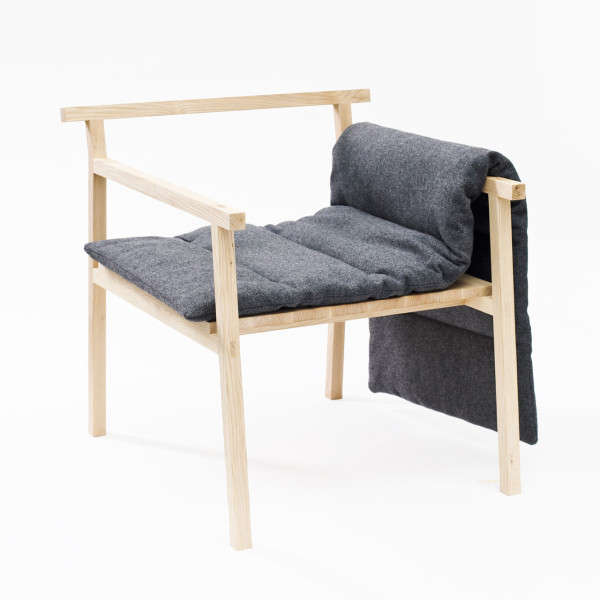 Meghan Young — March 29, 2013 — Art & Design
References: signehytte.dk & design-milk
Share on Facebook Share on Twitter Share on LinkedIn Share on Pinterest
The adorably named Little Giant Chair may appear to be a basic bare-boned design made purely with function over form in mind, but the addition of a versatile cushion changes that assumption instantly. Draping over one armrest, both or over the thin backrest, this cushion elevates the design to a cozy seat for both traditional and contemporary homes.

Designed by Signe Hytte, a recent graduate from the Danish design school TEKO, the Little Giant Chair was inspired by the Japanese culture. Warm and minimalist, the chair itself is made out of ash wood while the cushion is crafted out of wool. The "design itself is based on a tight and conceptual principle that stems from the Japanese Tatami patterns," as reported by Design Milk, which compelled Hytte to not hide its construction.
3.6
Score
Popularity
Activity
Freshness
View Innovation Webinars