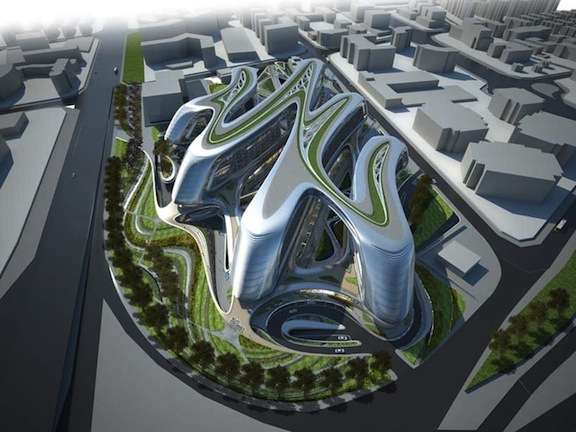 Jason Soy — May 27, 2011 — Art & Design
References: zaha-hadid & bbcicecream
This Linkong SOHO Building concept may not exist yet, but the design has already been bought by SOHO China and these pictures alone have got architects everywhere in an uproar.

Designed by Zaha Hadid of Zaha Hadid Architects, the Linkong SOHO Building design has an aerial view that I can best describe as resembling a metallic ink splatter. It literally looks as though someone took an image into Photoshop, used the smudge tool to distort the picture and then a bunch of people decided to build the strange results.

I may have come off as disapproving of the Linkong SOHO Building design, but I actually love it! If I manage to scrounge up the funds, you can bet that I'd be the first on a flight to China to check out this architectural wonder.
4.7
Score
Popularity
Activity
Freshness