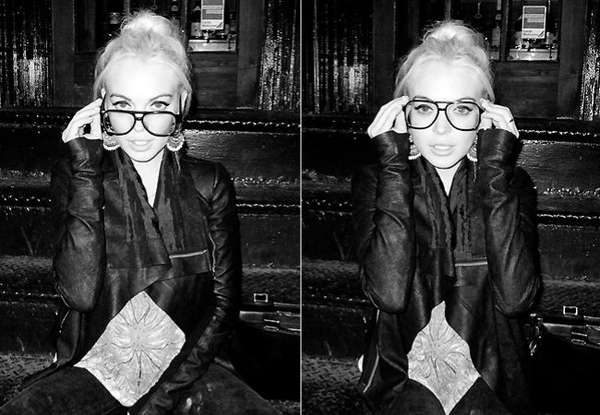 The infamously unconventional photographer shoots the starlet posing with his signature over-sized frames in front of a discarded mattress and graffiti-covered wall on the street, as Lohan dons a leather jacket and black jeans.

The Lindsay Lohan for Terry Richardson photo shoot is just as controversial as one would expect, if only because of the photographer and subjects unstable background. Her typical empty gaze is still there, as is her long, bleached, blond hair and cigarette dangling from her skinny fingers.

Oh, Lindsay. I have no words.
5.6
Score
Popularity
Activity
Freshness
Get Better and Faster