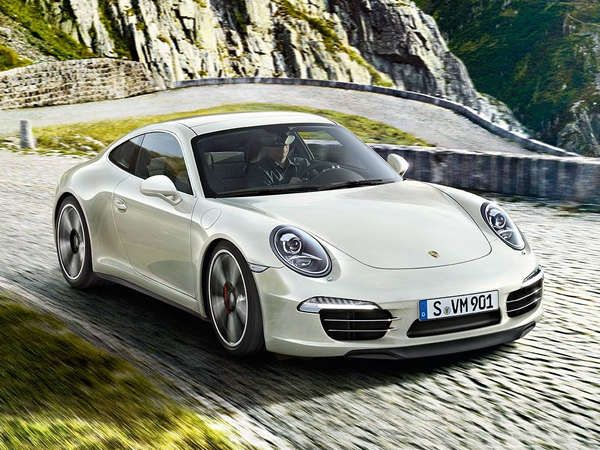 The Porsche 911 Celebrates its 50th Anniversary in Style

— June 13, 2013 — Autos
References: porsche & luxurylaunches
Share on Facebook Share on Twitter Share on LinkedIn Share on Pinterest
In celebration of its 50th anniversary, Porsche 911 will be released as a limited edition sports car modeled after the 911 Carrera S. Only 1,963 models of the luxury vehicle will be created: the same number as the year that Porsche debuted at the International Motor Show.

The 50th anniversary 911 edition is a coupe, like the Carrera S, with rear-wheel drive and a flat-six rear engine. Included with the purchase of the 50th anniversary 911 is a Powerkit, which increases energy performance to 430 horse power. As an efficient and fast sports car, this vehicle can accelerate to 60 miles per hour in just 4.2 seconds.

The 50th anniversary Porsche 911 vehicle is the perfect way to celebrate the luxury brand’s continual presence in the luxury auto industry. With a sleek frame and vintage-style hood, this car is sure to make other auto owners green with envy.