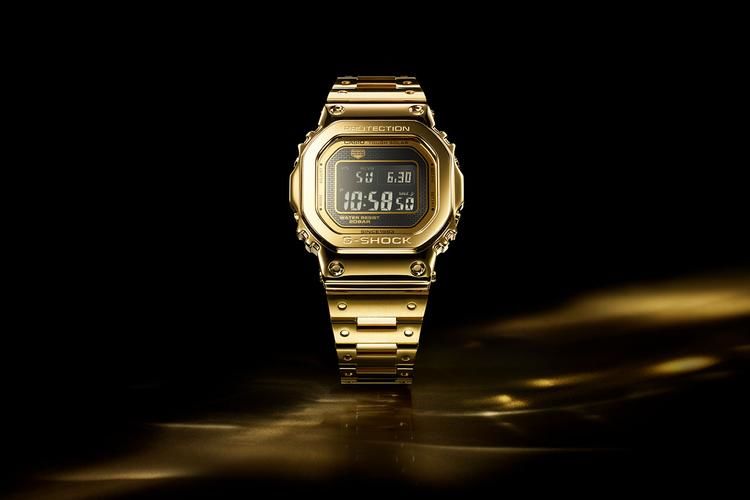 Daniel Johnson — May 23, 2019 — Fashion
References: world.g-shock & hypebeast
Share on Facebook Share on Twitter Share on LinkedIn Share on Pinterest
G-SHOCK has expanded the release of its limited edition gold watch. The watch was previously released in Asia in 2018, but now the watch will have an almost global release. The watch is titled the G-D5000-9JR and will be limited to 35 makes in America. G-SHOCK has also set up a raffle, where the winner can purchase the solid gold watch. The raffle will release its winners in June.

The watch is made from 18k gold, all the way down to its inner workings. The watch features a stopwatch, calendar, as well as an LED backlight. The watch is also water resistant up to 200 meters. Because of the gold design, the watch is 1.5 times heavier than its stainless steel counterparts.

G-SHOCK has set the price point for its new limited edition gold watch at $70,000 USD.