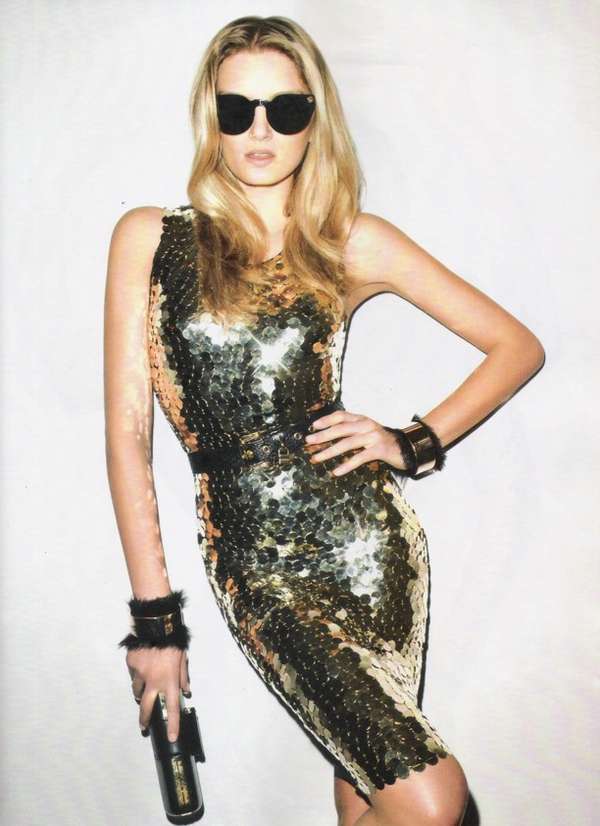 Jordy E — July 20, 2012 — Pop Culture
References: trendhunter
Share on Facebook Share on Twitter Share on LinkedIn Share on Pinterest
These Lily Donaldson photoshoots provide a concise look at the model's expansive career and collaborations. The British icon was born in London, and was discovered at the young age of 16 while shopping in the Camden city hub. She subsequently joined the Select Model Management team in 2003, and has since worked with Max Mara, Dior, Jil Sander, Dolce & Gabbana and Burberry.

Sequined seaside editorials and avant-garde swordfish fashion ads are all a part of Donaldson's haute couture history. Her appearances in Vogue UK, Vogue China and Vogue Australia led to her mention on Vogue Paris' top 30 models of the 2000s list, bringing her to the upper echelon's of the style industry. Her contract with Victoria's Secret also brought about her domination of the runway scene as she appeared in two of the lingerie label's fashion shows.
2.6
Score
Popularity
Activity
Freshness
Attend Future Festival Virtual