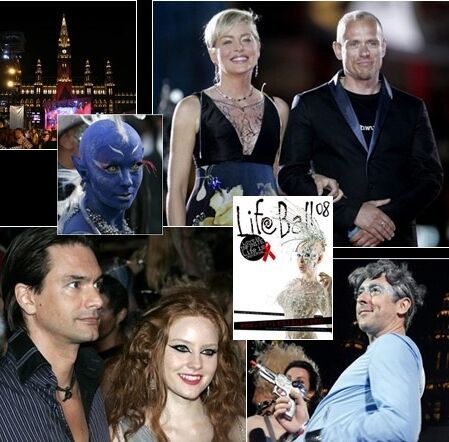 Highlights from the evening included Sharon Stone's touching speech about discrimination and Cattrall handing over the Life Ball Crystal of Hope to Rosemary Mueni Mbaluka for her project Yier Ngima (Choose Life), an anti- HIV/AIDS project seeking to prevent mother-to-child transmission in Kenya.

"A ball for â€œfagsâ€, it could not be good," organizer Gery Keszler recalled the words he said over 15 years ago, which proved to be totally wrong. Since 1992, Life Ball has raise more than 9.6mn Euros for people living with HIV and AIDS. This year, organizers are hoping to top last year's proceeds of 1.2 million euros for HIV/AIDS charities.

Take a look at more coverage of the event: