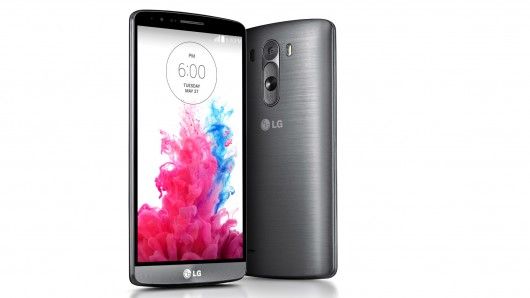 It is equipped with a 5.5-inch 2,560 x 1,440 display with 538 pixels per inch for razor-sharp clarity. It is powered by a 2.5 Gigahertz quad-core processor backed by 2 GB of RAM. Users can opt for either 16 or 32 GB of internal storage, while a microSD slot allows for even more storage capacity. The phone can be charged wirelessly for extreme convenience.

The most interesting feature of the phone is a smart keyboard, which learns users' unique typing habits and is capable of reducing 75% of typing errors over time.

Another big highlight of the LG G3 is its camera. The phone has a 13 megapixel camera on the rear and a 2.1 megapixel front-facing camera. The front-facing camera has a larger-than-normal sensor and aperture to enable picture-perfect selfies. The cameras are equipped with Laser Auto Focus technology, which allows for pictures to be taken "in the blink of an eye."

The phone will make its debut on May 28 in South Korea; pricing details have not yet been revealed.