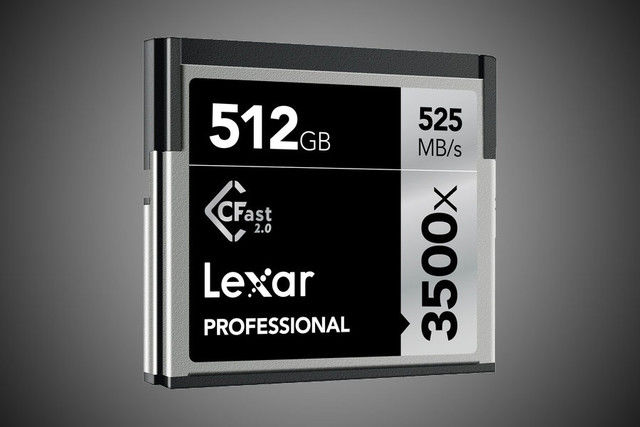 Not only is the Lexar CFast 2.0 massive, but it also offers videographers tremendous speed. The card has read speeds of up to 525 megabytes per second and write speeds of up to 445 megabytes per second. These specs all align the memory card with high-bandwidth, professional workflows. In fact, the only remotely consumer camera that can accept the Lexar CFast 2.0 without the use of a card reader is the Canon 1D Mark II.