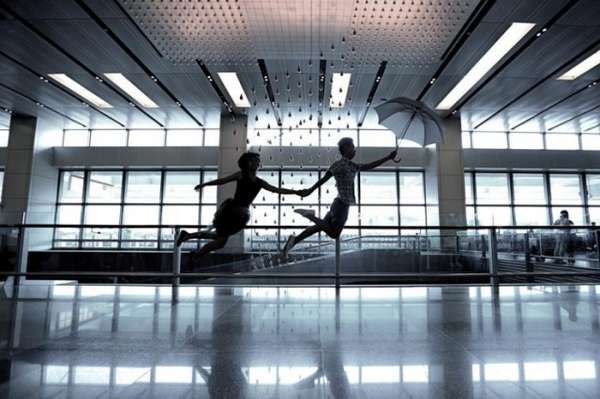 Meghan Young — January 23, 2013 — Fashion
References: facebook & fubiz.net
Share on Facebook Share on Twitter Share on LinkedIn Share on Pinterest
Roaming around urban settings in midair may have already been done in the photography realm, but the Levitation SG photo series puts an Asian spin on the concept. In fact, the photographers behind this collection of images were inspired by Natsumi Hayashi of Yowayowa, a Japanese photographer based in Tokyo. Captured in Singapore with a Singaporean spirit, the Levitation SG series is stunningly captured.

Shot by photography duo Jayden and Jeff, the Levitation SG photo series toggles between artistic shots and everyday situations. Whether it it involves grocery shopping or gracefully posing in front of a moving walkway in an airport, the poses are playfully surreal. Expertly executed, the Levitation SG series will likely inspire more aspiring photographers to follow suit.
5.8
Score
Popularity
Activity
Freshness
Get Trend Hunter Dashboard