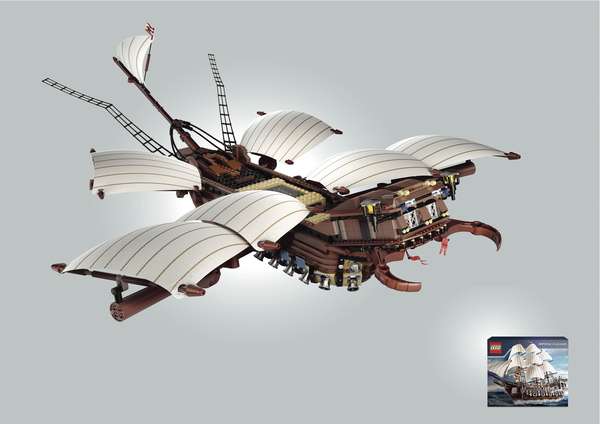 KimLeo — April 26, 2011 — Marketing
References: blog.leoburnett
When it comes to LEGO, nothing should limit a child’s imagination -- not even the picture on the box. Who says you have to build exactly what the box describes? Why not let your imagination run wild to its farthest reaches? As these print ads from Leo Burnett Moscow showcase, it's time to bring the wonder of play time and fantasy to everyday LEGO building.

With Mikhail Kudashkin as Creative Director, Arina Avdeeva as Art Director and illustrations by Ninjafilms Studio, these print ads feature an imperial-flagged ship taking flight into a creepy-crawly beetle, the Taj Mahal morphing into a spaceship and a grand carousel transforming into a deep sea diver. The only limit to what you can create is the capacity of your own imagination. LEGO provides the supplies; you provide the creativity.
1.9
Score
Popularity
Activity
Freshness