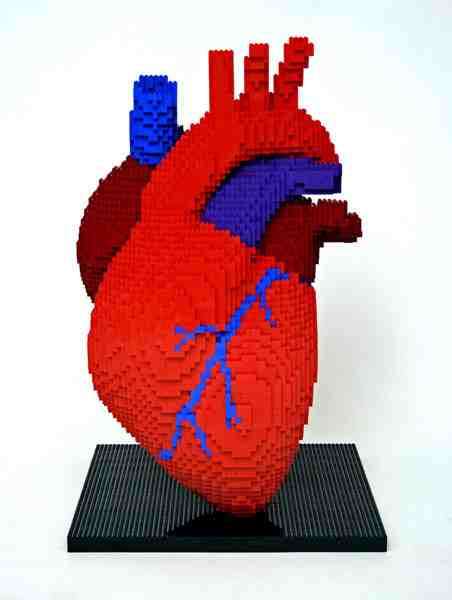 Cowbag — July 30, 2008 — Unique
References: fanpop
It was really hard choosing just ten Lego structures to feature in this gallery, but here they are: truly mind bogglingly complicated things made from Lego.

Lego Globe - If you can draw a perfect circle, you are mad says urban myth. Does this principle apply to Lego Globes?

Lego Wedding Cake - This concept could be saved if guests were given their own bags of white bricks (from the cake) to take apart. How would it be cut though? I can imagine hurling it to the floor would be most effective!

Lego Bear - Somehow they have managed to get the physical confirmation of this big bad bear. Brilliant.

Brooklyn Bridge - The bridge which Posh Spice and David Beckham named their child after. Would have taken an understanding of physics to make this, me thinks.

Flowers - Flowers that would never die, BUT I think this is a bit tacky and somehow reminds me of clowns.

Memorial - A recreation of a memorial could open up a whole world of pain, but this works really well.

Statue Star Wars - Again, the geeks of the world unite with this Statue of Liberty holding light saber construction.

51 Large-Scale LEGO Innovations
From LEGOLAND to the LEGOlympics