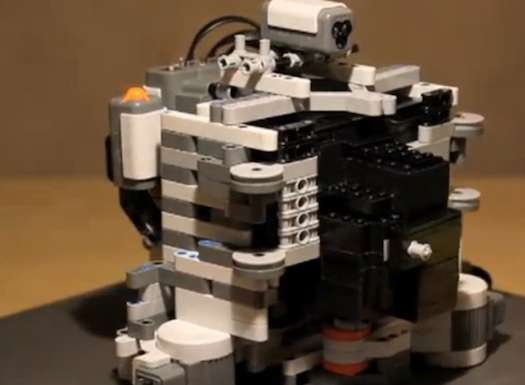 The LEGO Pinhole Camera is a Fully Functional Picture Taker

Meghan Young — April 21, 2011 — Tech
References: code.google & psfk
Share on Facebook Share on Twitter Share on LinkedIn Share on Pinterest
As I look at this LEGO Pinhole Camera, I can’t help but be amazed yet again at how versatile these toy building blocks are. Not only can they be played with innocently by children, allowing their imaginations to run wild, these toy bricks can also form fully functional creations such as counter tops, cameras and more.

Created by Russian LEGO enthusiast and electronics designer known only as ‘bshikin,’ the LEGO Pinhole Camera actually takes photos. It uses a NXT light sensor to calculate shutter speed and snaps the picture with a servo-operated flap, while also tracking the remaining film left.

Although the LEGO Pinhole Camera may seem rather clunky to tote around, this creation is so unique, it may be worth it.
0.8
Score
Popularity
Activity
Freshness
Attend Future Festival