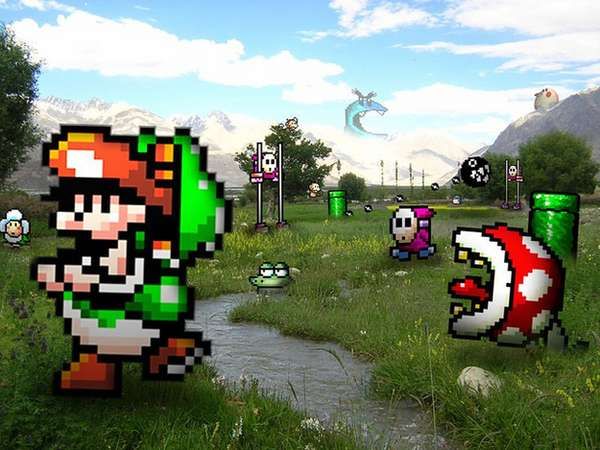 It has become so common to see retro, pixelated characters on anything and everything from t-shirts and handbags to laptops and smartphones, that it’s hard to remember when they were primarily known as videogame characters.

In homage to the classic games, Vidal has portrayed scenes as they would be found in the 8-bit adventures of old. For instance, in one picture, he depicts Mario scaling a skyscraper, dodging barrels thrown by Donkey Kong who stands menacingly atop the building's summit. In another photograph, Vidal depicts pixelated motorcyclists racing across a scorching desert.