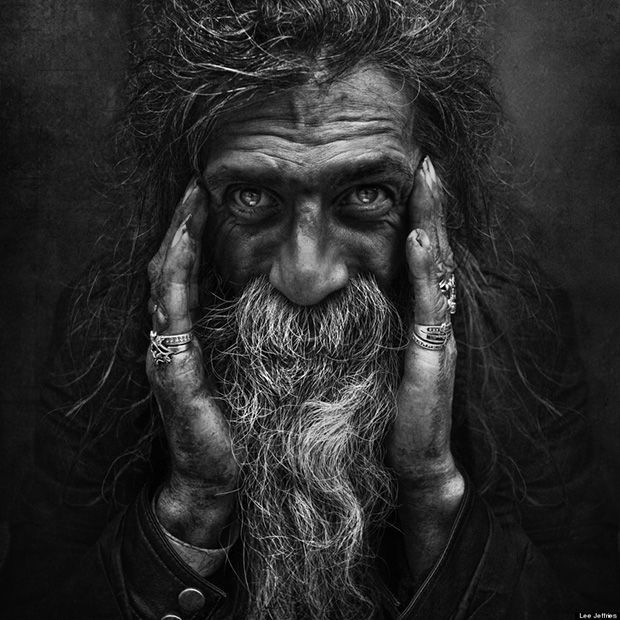 Jefferies travels the world, intent on bringing the stories of this marginalized group to light. In order to gain his subject's trust, Jeffries will spend anywhere from a couple of hours to several days in their company, relieving them of the crippling loneliness that often accompanies homelessness.

The photographs, which are so detailed they look like they've been drawn in charcoal, are somber, but not without hope. Jefferies pays special attention on the eyes, revealing the intense emotional truths that are often hidden or overlooked. His subject's fixated gazes might make some uncomfortable, for more often than not, the homeless are reduced to public spectacle, looked at with curiosity, rather than accountability.
4.1
Score
Popularity
Activity
Freshness
Get the 2023 Trend Report FREE