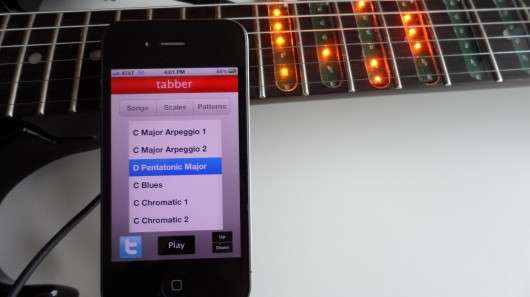 The Tabber LED Sleeve Lights Up the Fretboard

While tablature shows the exact notes that need to be played on the instrument, it does not include timing or note duration so playing the song may be difficult if the player does not have a great sense of rhythm or does not have access to the original song for reference.

Created by Robert Sanchez, the system includes a mobile app and detachable overlay for the guitar. Using the app, one can select a song, chord progression or note that they want to play which will then be transmitted to the overlay, which then lights up the specific notes on the fretboard that need to be played.

Using a combination of the app and the sleeve will make learning guitar at home much easier and have players shredding like pros in no time.