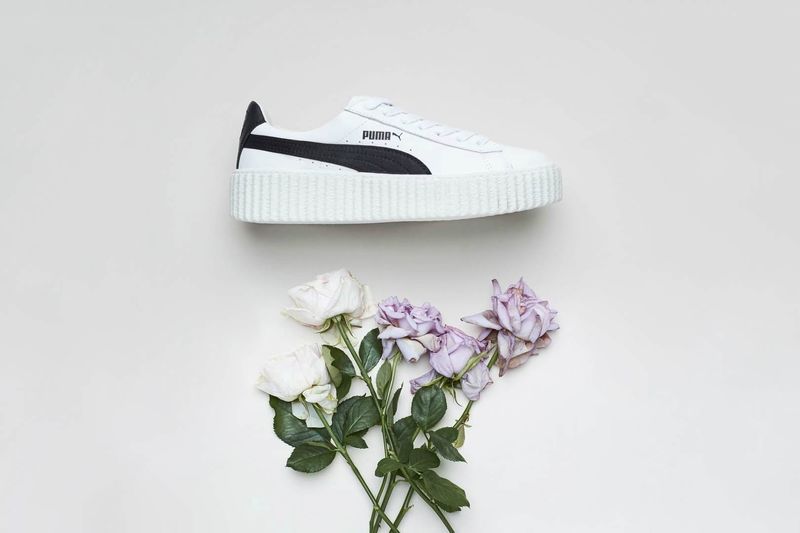 The Leather Creepers from Rihanna and PUMA Come is Two Colorways

The exclusive range of sneakers is expected to drop on April 6th, at 10 a.m. Eastern Time. Given the popularity of the collaborative work between PUMA and Rihanna, especially in the case of the Creeper sneakers, it's likely that the new pack of Leather Creepers will sell out quickly.

Both of the models make use of the Creepers usual platform sole and the athletic brand's iconic branding, which appears both on the sides of the uppers and on the heels.

One's colorway is mostly white, with accents of deep charcoal to mark the branding. The other colorway is monochrome black, which has a shiny finish to it to give it an even more polished appearance.
4.3
Score
Popularity
Activity
Freshness
Attend Future Festival