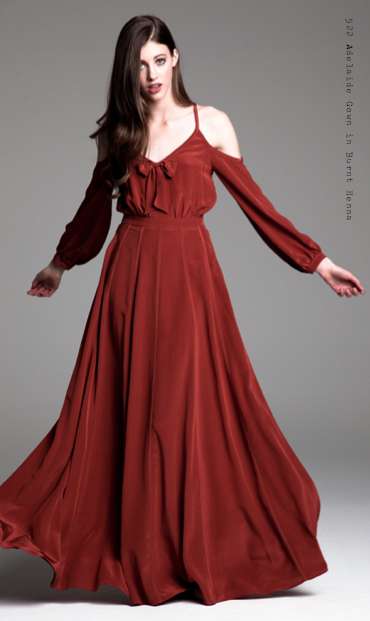 Erini Andriopoulos — April 2, 2012 — Business
References: paper-crown & fashionista
Share on Facebook Share on Twitter Share on LinkedIn Share on Pinterest
Lauren Conrad's contemporary line launched in fall 2011. Since then, it has been the epitome of Conrad's romantic, effortless style, an image furthered by the Paper Crown Fall 2012 release. The line features Hunger Games cast member, 14-year-old Kalia Prescott. Prescott is a model/actress from LA signed with Ford models who has already appeared in a number of motion pictures. Her delicate facial features seem to capture the essence of Paper Crown: innocence, natural beauty and femininity.

Of course, the pieces are to die for on their own. This season resembles much of Conrad's -- flowy skirts, patterned blouses -- mixed with popular fall colors to make the look fresh. The Paper Crown Fall 2012 line is totally wearable and will likely be popular with consumers as it is adaptable to anyone's individual style.