Facial Hair for a Cause 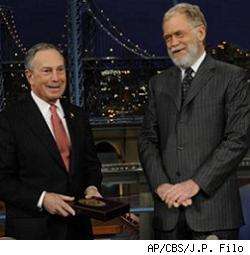 Trend Hunter 10554 — January 5, 2008 — Pop Culture
References: suntimes
Late night talk show hosts David Letterman (The Late Show, CBS) and Conan O'Brien (Late Night With Conan O'Brien, NBC) have been busy during the writer's strike - growing out their facial hair. According to the Chicago Sun Times, this effort is a partially in support of the effort to get writers a fair deal.

Implications - It is as important for celebrities to show social responsibility as it is for companies, as both are essentially brand names with loyal followings. Attaching oneself to a cause is a good idea for big and small companies, as it creates a positive brand image to today's thoughtful, aware consumer.
1.4
Score
Popularity
Activity
Freshness