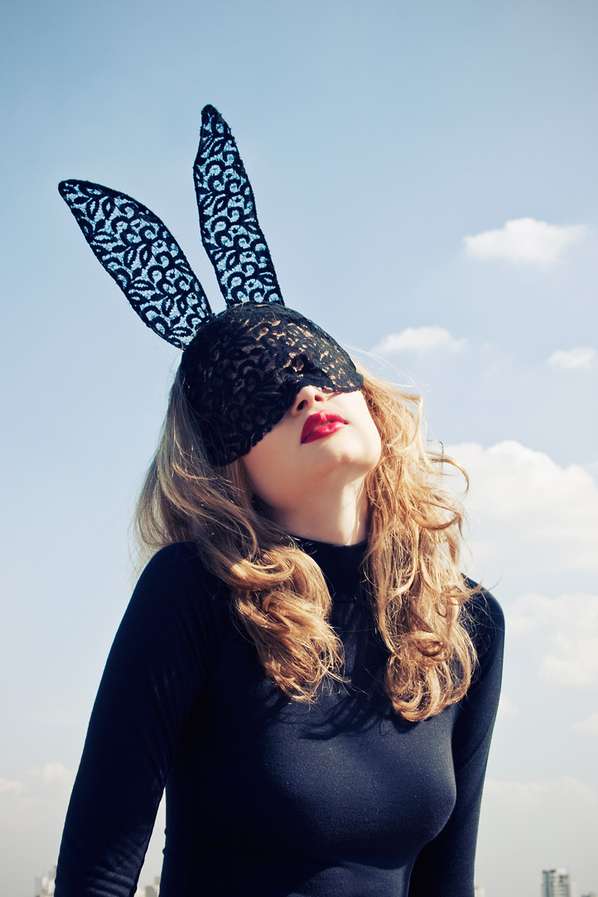 Jordan Sowunmi — August 9, 2011 — Fashion
References: larissafelsenrbonmade & bentrovatoblog
Share on Facebook Share on Twitter Share on LinkedIn Share on Pinterest
Larissa Felsen is a 23-year-old Brazilian photographer who got her start in fashion photography at the tender age of 16 and hasn't looked back. She credits every day life, sentences from books, films, dreams, and music with helping her develop ideas for different editorials.

In this Larissa Felsen editorial, entitled 'Black Out,' Felsen appears to be influenced by the organic sex appeal of Catwoman, the popular female protagonist/sometimes antagonist from the world of Gotham City and Batman. Model Nathalia Oliveira of Ford is alternatively seductive, mysterious, and aloof in jumpsuits, coats, black dresses, leotards, and heels from top designers like Dolce & Gabbana, Victoria's Secret, and Burberry.

My favorite image in Larissa Felsen's 'Black Out' series features Oliveira in the Catwoman inspired headgear, which isn't from a stylist and actually belongs to Larrisa Felsen, looking at the sky dreamily, her ruby red lips slightly pursed in a sensual manner, and the Catwoman headgear obscuring her eyes and face. The shot perfectly captures the spirit and story of the shoot -- it's secretive, it's alluring, and it's standoffish. Larissa Felsen has struck gold.

Implications - One of the most effective forms of marketing a company can do is something that directly references or alludes to a popular movie or television series of the time. By featuring an allusion to that property in your marketing, the company shows it has its finger on the pulse of contemporary pop culture and it is a player in water-cooler conversation. This also increases the ad's chances of going viral.
6.6
Score
Popularity
Activity
Freshness
Attend Future Festival