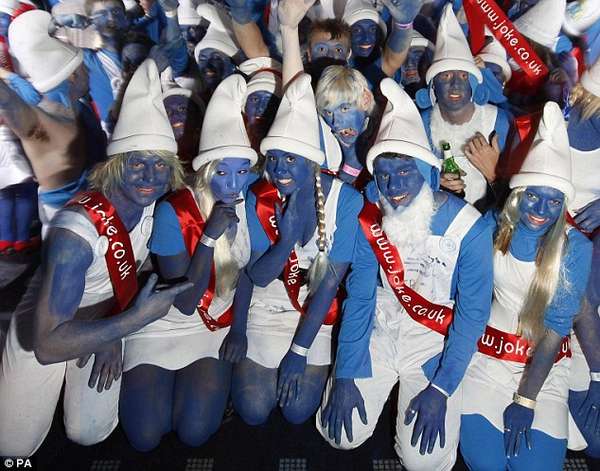 Swansea Hosts the Largest Smurf Party in the World

Tisah Tucknott — June 14, 2009 — Lifestyle
References: loudreams
A group of 2,510 students gathered in Swansea, UK for the biggest Smurf party yet.

All attendees, or should I say Smurfees, at the party were painted in different shades of blue and broke The Guinness World Record for the largest Smurf Party.

Just imagine how messy and hard it would have been to take off all that blue paint!

Implications - Mass events like this might seem like silliness, but if you are a company that specializes in PR or creative advertising stunts, they represent learning opportunities to be studied. Advertising stunts that operate under the guise of breaking a world record make a definitive impact on consumers, and can often go viral, which means exposure to millions of people around the world.
1.7
Score
Popularity
Activity
Freshness