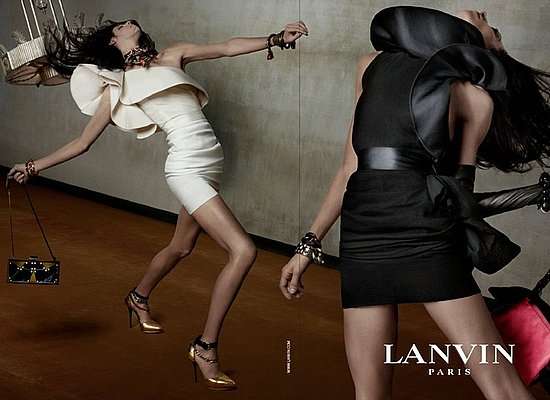 In Lanvin's Spring/Summer 2010 ad campaign, the collection is seen being worn to its limits, flaunted in one direction and then another. Photographer Jamie Bochert goes to prove that even in the most extreme cases, these pieces are evidently capable of looking gorgeous.

Check out the crazy spread above.

Implications - The fashion industry often utilizes poised models for fashion pictorials to promote their wares. To differentiate this particular shoot from its competitors, Bochert opted for dynamic poses which break industry conventions. One useful tactic for innovation is to study industry standards and then brainstorm ideas that directly contradict those standards.
5
Score
Popularity
Activity
Freshness

Pretty in Pearls
Louis Vuitton, Moschino and Lanvin Round Out Their Fall 2009 Collections