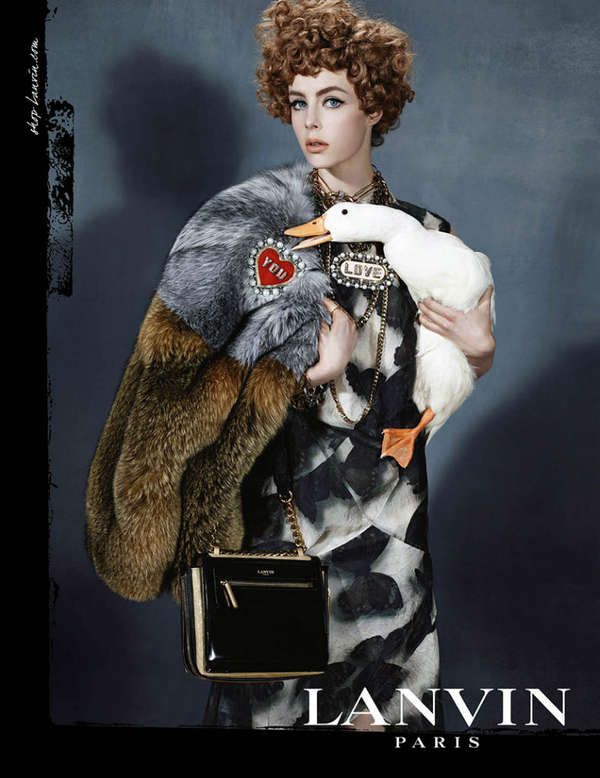 Meghan Young — July 11, 2013 — Fashion
References: fashiongonerogue
Share on Facebook Share on Twitter Share on LinkedIn Share on Pinterest
The Lanvin Fall 2013 ad campaign appears to star six different women. In reality, it is one woman: model Edie Campbell. The rising British beauty embraces her transformative capabilities to channel various character traits for the eccentric yet sophisticated photoshoot. As though inspired by "1960s, Alfred Hitchcock-esque heroines to film noir divas," as noted by Fashion Gone Rogue, the Lanvin Fall 2013 ad campaign is as entertaining as it is chic.

Posing in front of photographer Steven Meisel's lens, Campbell is shot in studio. The Lanvin Fall 2013 ad campaign is given a bit of a dark and mysterious vibe thanks to the concentration on theatrical shadows and somber expressions. From turbans and furs to full skirts and sequined heels, the outfits are made for women who want a bit of glamor in their lives.
6.3
Score
Popularity
Activity
Freshness
Get Trend Hunter Dashboard