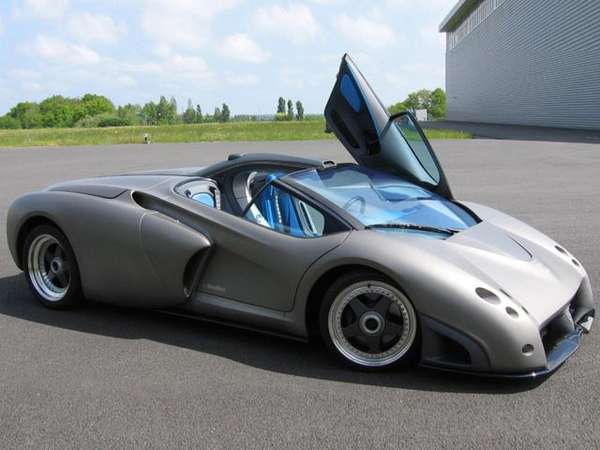 The One-Off Lamborghini Pregunta is Up for Sale

Michael Hines — April 22, 2013 — Autos
References: lamborghini & carbuzz
Share on Facebook Share on Twitter Share on LinkedIn Share on Pinterest
The futuristic supercar seen here is the Lamborghini Pregunta (Spanish for "question"), the last bespoke car made by Lamborghini before it was absorbed by Audi in 1999. One-off Lambos are nothing new, but what makes the Pregunta special is the fact that it was the last Lamborghini made on the company’s original platform and the fact that it is selling for a cool $2.1 million.

The Lamborghini Pregunta was made in conjunction with Carrosserie Heuliez, a French coachbuilder, to celebrate its 50th participation in the Paris Motor Show. The Pregunta is powered by a V12 engine generating 530 horsepower and a top speed of up to 207 mph. The supercar’s design was inspired by space and aircraft and its interior featured an instrument panel sourced from F1 racers. Given its unique look, high top speed and back story, the Pregunta should have no trouble fetching $2.1 million.