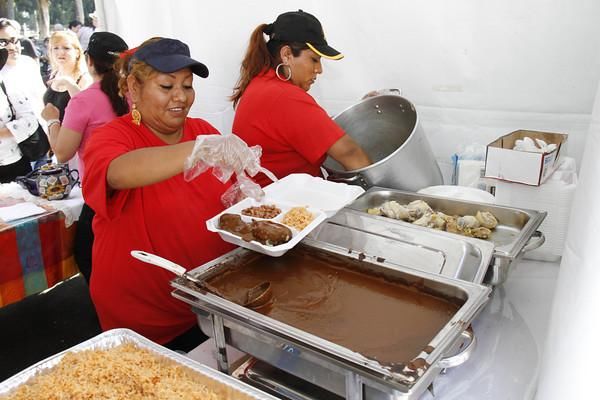 Amelia Roblin — February 9, 2015 — Lifestyle
References: feriadelosmoles & latintimes
Share on Facebook Share on Twitter Share on LinkedIn Share on Pinterest
Food is a universally celebrated subject, making events like La Feria de los Moles such a success. Still a rather fresh function in Los Angeles, the Festival of Moles returns for a sixth year to bring one of the most beloved elements of Mexican cuisine to the masses.

A broad range of Latin American sauces are called 'moles,' and the great diversity of flavors that they represent means that some available variety appeals to almost everyone within the hispanic community and beyond. From spicy, to sweet, to salty, the great versatility of these dips, dressings and rich mixtures are sufficient to serve massive crowds in California with a cornucopia of scrumptious food truck and kiosk meals. La Feria de los Moles also features plenty of live Spanish entertainment to appeal to all of the senses.
1.4
Score
Popularity
Activity
Freshness
Get Trend Hunter Dashboard