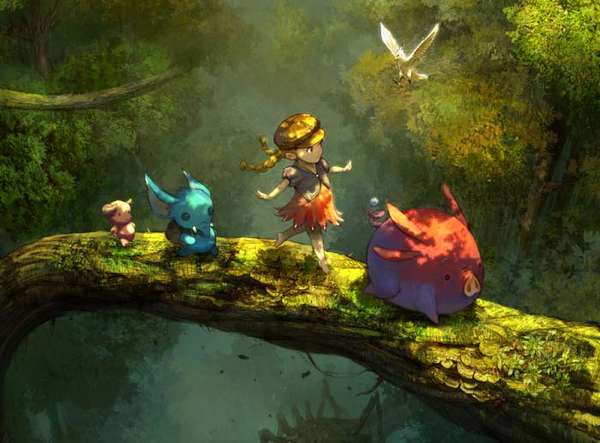 Jason Soy — January 22, 2012 — Art & Design
References: tahra.deviantart & deviantart.tumblr
Looking at these Kyoung Hwan Kim illustrations will make viewers retrograde back to their childhood. After all, who can think of grownup things when marveling at these whimsical depictions of magical woodland areas? With its vibrant colors and imaginative concepts, it’s as though Kim’s images are Pixar movies just waiting to happen.

Kyoung Hwan Kim, who also illustrates under the name tahra, is a Seoul-based South Korean artist. His illustrative style is very much Japanese animation-inspired, though he often renders images with Western motifs. Medieval characters seem to be somewhat of a specialty of his, though his most awe-inspiring pieces remain the ones in which he depicts fantastical forested areas. It’s amazing how he can produce such rustic images while incorporating the lighting and tools made only available through digital software.
3.3
Score
Popularity
Activity
Freshness