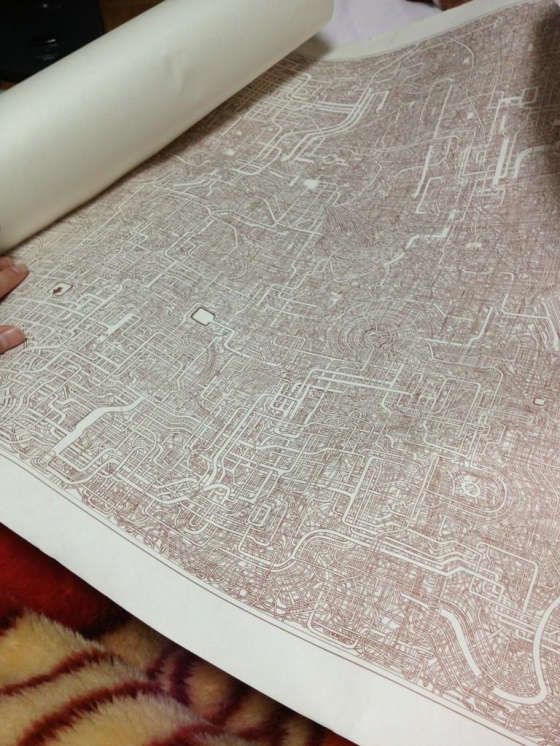 Meghan Young — January 23, 2013 — Unique
References: spoon-tamago & dvice
Share on Facebook Share on Twitter Share on LinkedIn Share on Pinterest
Like crossword puzzles, sudoku and solitaire, some people take solving mazes very seriously and so when Japanese Twitter user Kya7y's dad created what is being touted as an unsolvable maze, it is no surprise that it piqued the interest of more than a few willing to take up the challenge. Incredibly detailed, it took Kya7y's dad seven years to complete it. When gazing at the maze, it looks more like the map to an urban city. According to Device, he hasn't even been able to solve it.

A janitor at a public university in Japan, Kya7y's dad definitely has a serious thing for mazes. Stunningly hand drawn. 50 prints of the unsolvable maze exists and there is a possibility of another design.
5.6
Score
Popularity
Activity
Freshness
Get Better and Faster