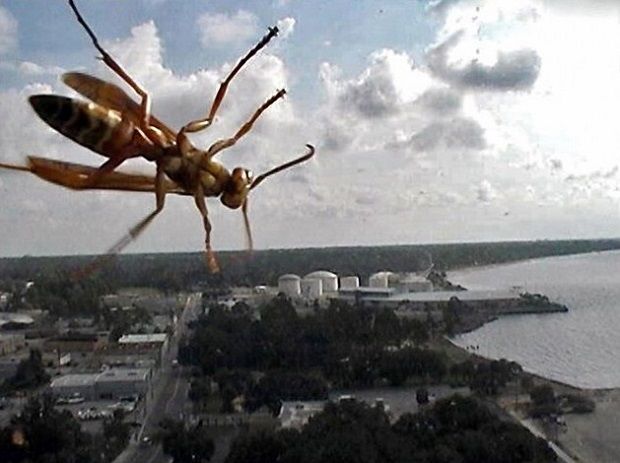 When you're using public equipment, your artistic control is, understandably, less than it would be if you had your own apparatus. However, Caviezel appears to relish in the fact that he's documenting his surroundings in such an organic way. He explains, "Taking a picture by netcam means that there is no conventional active photographer who selects the view with his camera." That means there's no telling what will happen in the frame -- sometimes a few creepy-crawlies will get in the way!