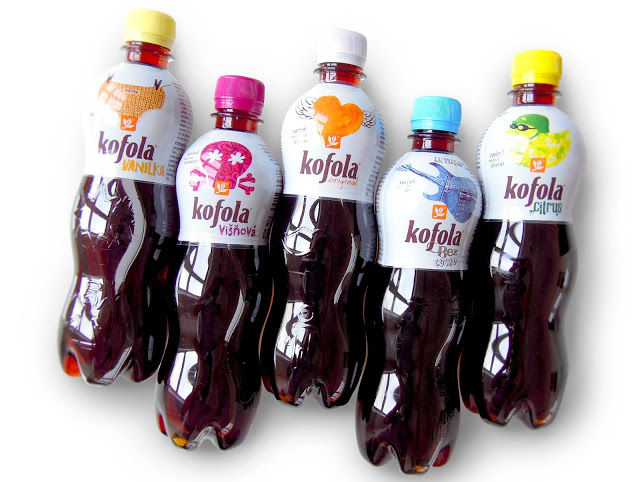 Laura McQuarrie — June 28, 2014 — Lifestyle
References: company.kofola.cz & packagingoftheworld
Share on Facebook Share on Twitter Share on LinkedIn Share on Pinterest
There's something pretty interesting about Kofola—it's a cola drink from the Czech Republic that's beating out both Coca-Cola and Pepsi in terms of sales. Part of the success of the Kofola drinks comes from its loyal customer base and the new packaging designed for the drink brand by the Butterflies & Hurricanes agency will only give the beverages that much more of a boost.

Brand new Kofola bottles were developed with the aid of 3D designer Rony Plesl, who created a bubbly, shapely new form for people to drink out of. To add even more personality to the bottles, the labels were designed with crazy icons that include things like sperm, underwear, UFOs, rockets, rubber ducks and bras. With the Kofola brand being described as a "21 year old crazy music festival chick," these wacky new bottles exude a fun, youthful and silly side.
2
Score
Popularity
Activity
Freshness
View Innovation Webinars