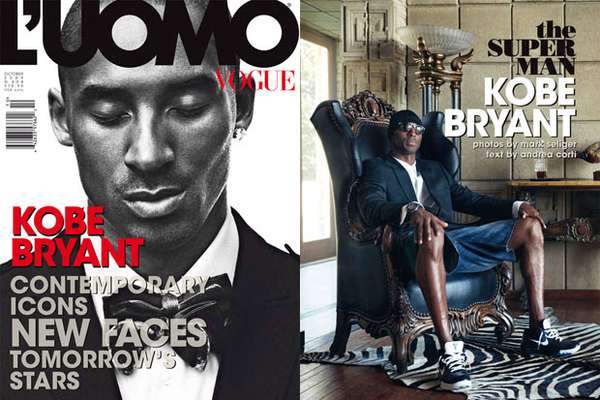 Christina Butty — October 15, 2009 — Fashion
References: hypebeast
Share on Facebook Share on Twitter Share on LinkedIn Share on Pinterest
Typically magazines look to models, actors, or celebrities to model duds in their chic editorials; in a twist of the norm, star basketball player Kobe Bryant was featured on the cover and in a three-page fashion spread for L'Uomo Vogue, the Italian version of Men's Vogue.

Implications - *Not all businesses can hire celebrities. Too specific.

While the concept of celebrity endorsement is not necessarily new, it offers new advantages to company's willing to pay the cost. By introducing widely-enjoyed actors, athletes or public figures into an advertising campaigns, businesses can expect to boost the exposure of their product considerably.
2.6
Score
Popularity
Activity
Freshness
Get Better and Faster