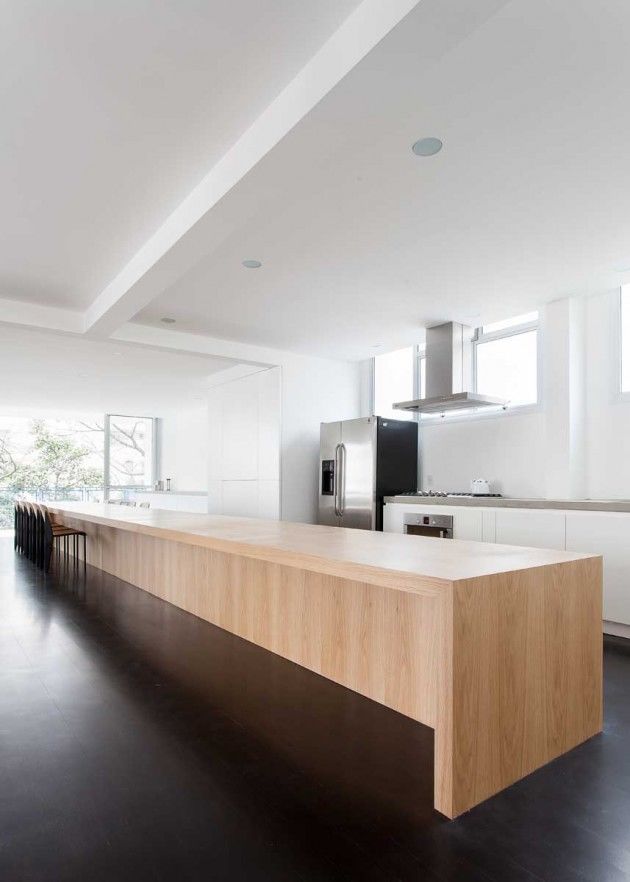 The Kitchen Island in Apartment Sergipe Appears to Go on Forever

The first order of business was opening up the space, which originally had a complicated plan divided into several rooms, and connecting the home's social areas. The architects tore the walls down, but the elevator remained in the center of the apartment. To make it less of an eyesore, the architects encased the elevator in a white box complete with shelving, allowing it to function as a connecting feature.

Of course, the most defining feature of the apartment is the 10m kitchen table/island that stretches from the rehearsal space to the kitchen. The table is equipped with bidding plugs, meaning it can be adapted from dining table to work space if need be.