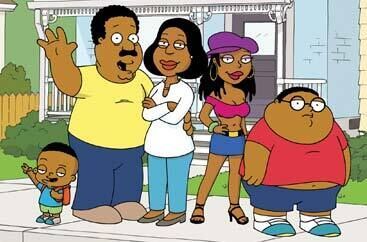 Ian Charles Blair — November 3, 2008 — Pop Culture
References: fox
Share on Facebook Share on Twitter Share on LinkedIn Share on Pinterest
Following the rampant success of 'Family Guy,' Seth MacFarlane is introducing a second spinoff, this time starring Cleveland Brown, voiced by Mike Henry. It may seem like a risky move for MacFarlane, but judging by the critical acclaim of both 'Family Guy' and 'American Dad,' this shouldn’t become another 'That 80’s Show' (if anyone still recalls that flop).

According to IMDB, the season opens with Cleveland somehow finding himself in Virginia, rekindling his high school flame, Donna, voiced by Sanaa Lathan. His neighbors include an obnoxious redneck couple, a Victorian-era British couple, and a family of talking bears down the street--something 'Family Guy' has toyed around with already in recent episodes. Not everything's foreign, however; Cleveland Jr. is present, but older and much larger. The family's also scheduled to make the occasional trip back to Quahog to visit the old gang from time to time.

Entertainment Weekly had hinted there was some controversy at the inception of this project, noting that MacFarlane had not originally intended on making the spinoff about Cleveland, but Glen Quagmire. Why did this fall through? It's hard to say whether the decision was on part of the studio or writer. But knowing the loyalty of 'Family Guy' fans, they’d tune in for a spinoff featuring the family car. When all's said and done, Seth MacFarlane, with a $100M contract from Fox, knows exactly what he’s doing. As long as his creative team keeps producing comedic gold for the masses, he’ll continue to own the Sunday night line-up.
3
Score
Popularity
Activity
Freshness
View Innovation Webinars