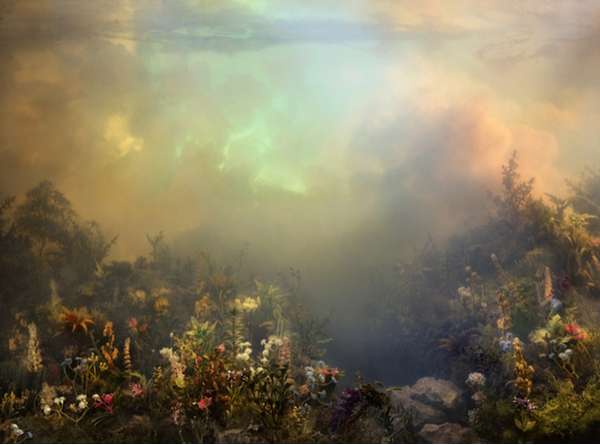 Meghan Young — November 1, 2011 — Fashion
References: davidbsmithgallery & mymodernmet
Share on Facebook Share on Twitter Share on LinkedIn Share on Pinterest
Kim Keever likes to mess with people's minds just as much as he likes to take photos, it appears. Interestingly enough, his photo manipulations have nothing to do with Photoshop. Instead, Kim Keever goes old school by fabricating his own topography landscapes, which are then featured in his mind-boggling photography portfolio.

Inspired by Luminism, an American landscape painting style from the 1850s that was characterized by effects of light on landscapes as well as the Romanticism movement, Kim Keever creates breathtaking dioramas under water. Through the artful use of light and murky water, he creates amazing atmospheres that mimic the real world.

Currently exhibited at The David B. Smith Gallery, Kim Keever's work can be summed up in the following statement by the gallery curator: "The symbolic qualities he achieves result from his understanding of the dynamics of landscape, including the manipulation of its effects and the limits of spectacle based on our assumptions of what landscape means to us."
5
Score
Popularity
Activity
Freshness
Attend Future Festival