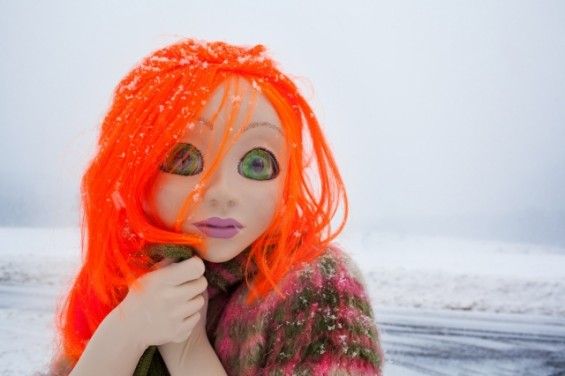 'Kigurumi, Dollers and How We See' Explores a Japanese Subculture

Meghan Young — April 28, 2014 — Fashion
References: lauriesimmons.net & beautifuldecay
Share on Facebook Share on Twitter Share on LinkedIn Share on Pinterest
The Kigurumi, Dollers and How We See photo exhibit is made up of trippy images that look as though they document a kid's birthday party. It captures costumed individuals who have a big thing for the Japanese subculture of cosplay. Instead of wasting valuable time on making themselves up with cosmetics, these individuals simply don big-headed masks.

Currently being held at the Salon 94 Bowery in New York, the Kigurumi, Dollers and How We See photo exhibit was created by photographer Laurie Simmons. She writes, "I try to explore the psychological subtexts of beauty, identity and persona surrounding the assembled Dollers." Her subjects involve both men and women, although they all dress up as female characters. Interestingly, she manages to juxtapose the inanimate with the animate for a truly captivating series.
3.7
Score
Popularity
Activity
Freshness
Get the 2021 Trend Report FREE