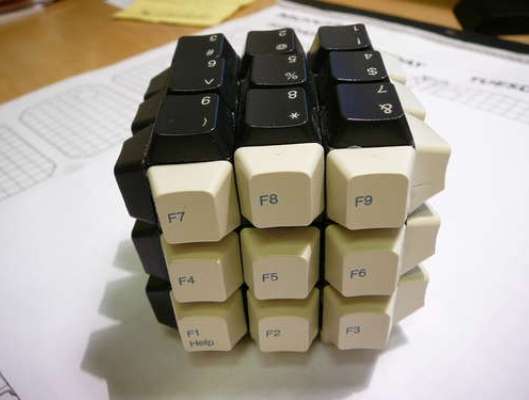 The Keyboard Sudoku/Rubik's Cube is a Geeky DIY Delight

Sudoku/Rubik's Cubes are a relatively new creation that brings the maddening math game of Sudoku to a 3D surface. While this puzzle toy is becoming more and more popular, there haven't been many DIY versions until now. The Keyboard/Sudoku Rubik's Cube is made out of two groups of function keys, an entire numpad's worth of numbers and the top row of keyboard numbers. The finished product looks deceptively simple, but I'm willing to bet that creating your own is a lot harder than it looks. If you're not one for hard work or puzzle games, then you'd probably prefer to ogle at the geeky greatness that is Overlord5's Keyboard/Sudoku Rubik's Cube as opposed to actually creating one.
3.3
Score
Popularity
Activity
Freshness
View Innovation Webinars