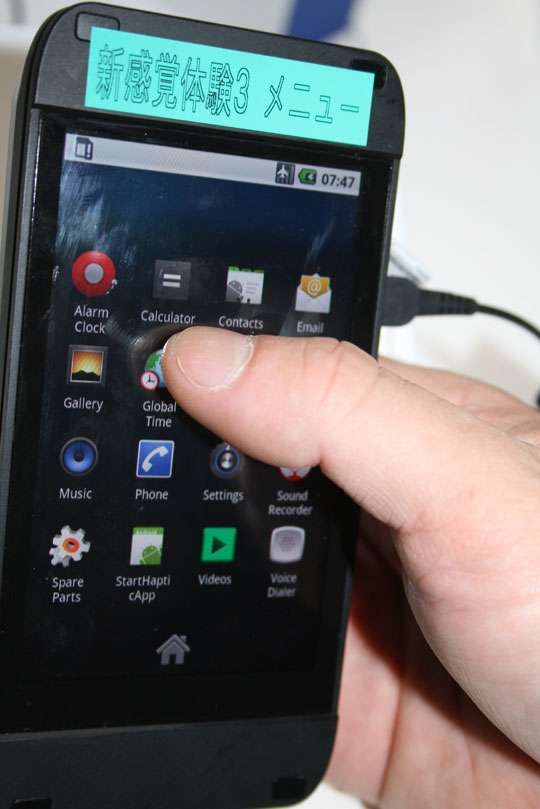 KDDI Labs Invent a Touchscreen With the Familiar Feel of Buttons

Omar Yusuf — August 27, 2011 — Tech
References: kddi & trendpool
Share on Facebook Share on Twitter Share on LinkedIn Share on Pinterest
The folks at KDDI Labs have kept their ears to the ground, and the most common complaint they receive from smartphone users is the loss of tactile sense when using touch screens. You just don't know where the "buttons" are and how hard to push them.

Luckily, a new cellphone prototype developed by the Japanese communications corp uses a force-feedback system that lets you know where to press and how hard. As users run their fingers across the sensitive screen, they'll feel the familiar pressure of conventional buttons, but there are no buttons! Instead, small motors populate the space just underneath the screen and respond to the presence of your moving digits. KDDI Labs intends for this tech to roll out in the coming months.

Although haptic technology seems to only fulfill a small niche of annoyed smartphone owners, KDDI hopes to ease the lives of the visually impaired, who would otherwise have trouble operating touch screens.
1.5
Score
Popularity
Activity
Freshness
Jeremy Gutsche Keynote Speaker