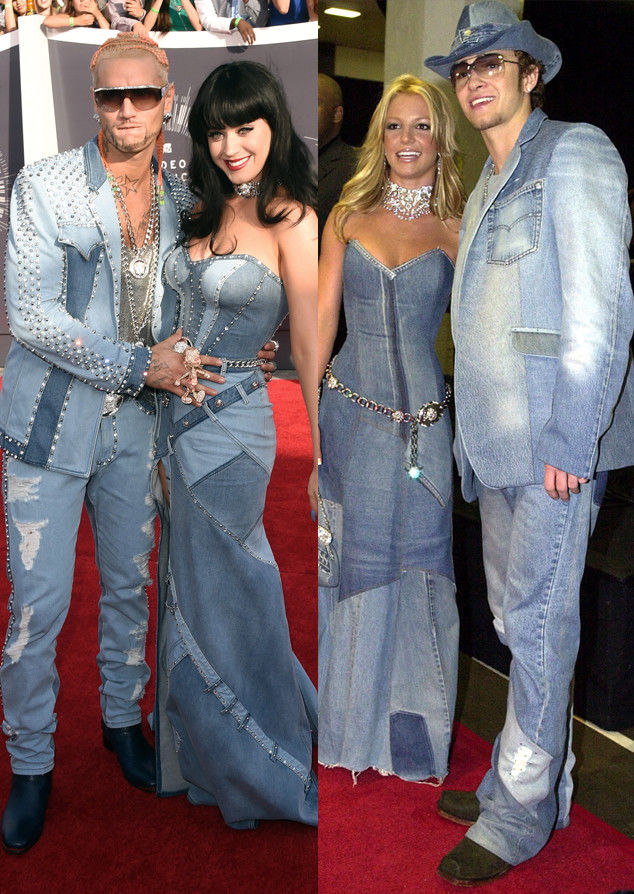 While Katy Perry's corseted gown fit her flawlessly, Riff Raff channeled a cross between a young Justin Timberlake and Kevin Federline. This full-length jean look was paired with a black wig, blunt bangs and an opulent Medusa choker necklace that is signature to the Versace brand.

When describing her ensemble, Katy tweeted the following before the VMAs began: "I must admit my outfit is a result of my love for nostalgia and my tumblr addiction."