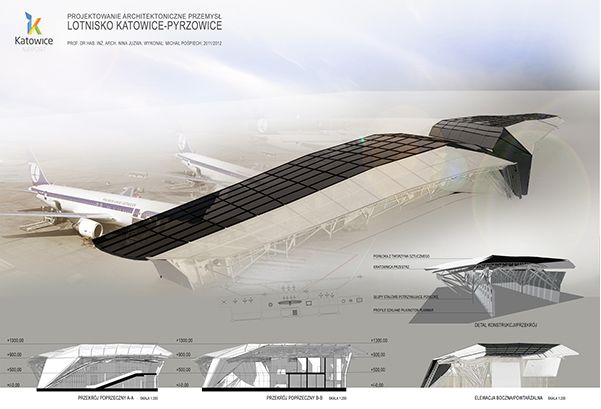 This Katowice Airport Proposal Was Inspired by Elegant Creatures of Flight

Amelia Roblin — September 30, 2014 — World
References: behance.net
Share on Facebook Share on Twitter Share on LinkedIn Share on Pinterest
This proposal for the Katowice Airport certainly puts the world's many ugly air travel terminals to shame. Dreamed up by Michał Pośpiech, the structural and aesthetic concept is quite clever, and makes one wonder why more of such buildings have not been born from the same natural inspiration.

Influenced by the appearance of a soaring bird, the designer created a two-winged structure that emulates a feathered creature in flight. The rooflines are smooth, curving gently and organically from tip to tip. Proposed in ebony-colored material, the wings would be supported by a fine skeleton of steel, and enclosed by transparent glass to emphasize weightlessness. The current Katowice Airport receives a significant amount of passenger traffic, but it would be wonderful to see this idea built as airline demands increase.
1.7
Score
Popularity
Activity
Freshness
View Innovation Webinars