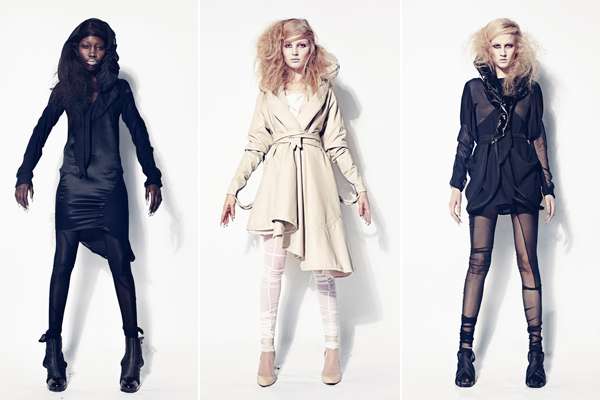 The designer altered the sci-fi-goddess look that she has become well known for by dressing her models in layered, pieced-together separates in velvety whites and silvers, and having their hair teased up to galactic levels. To complete this spacey look, the models’ eye lids were painted with black swerves that exaggerated their eye lines.

Implications - No longer looking for soft styles, the female shopper is attracted to edgier aesthetics. Designs that feature a bolder look are appealing to those who want to differentiate themselves from the pack. In order to increase its popularity, a company could incorporate a more statement-making element into their products.
3.2
Score
Popularity
Activity
Freshness