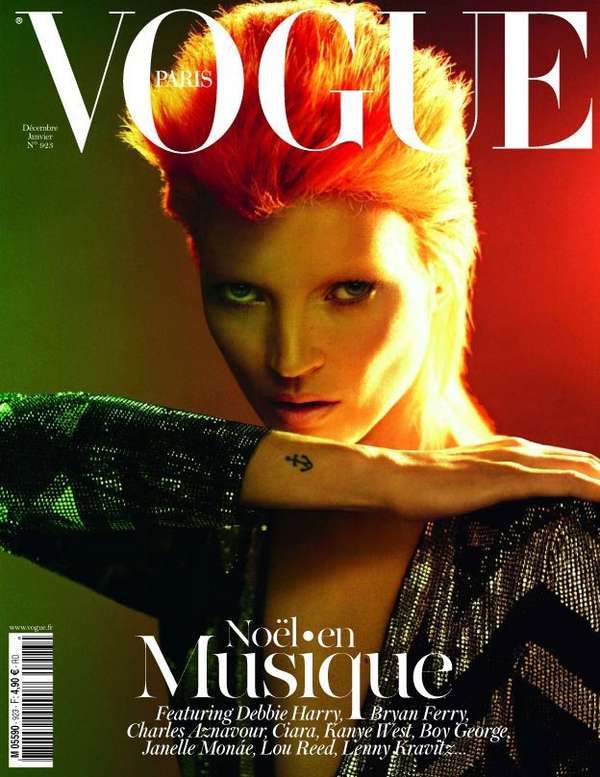 With brazen red hair, a shimmering top, and some psychedelic lighting, Kate is almost unrecognizable and plays an incredibly convincing Bowie. This isn't, however, the first time the supermodel has taken on the role, as she graced the cover of Vogue UK in May 2003 in a monochromatic shot with Ziggy Stardust's signature face paint digitally added to her face. While I do miss the makeup on the latest cover, this Kate Moss Vogue Paris shot is definitely my favorite of the two, as it takes a vintage approach and stays true to the spirit of the rocker.

Whether you're a fan of Bowie, Ziggy or Kate, the Kate Moss Vogue Paris Dec/Jan cover is a must-see.
3.1
Score
Popularity
Activity
Freshness
View Innovation Webinars