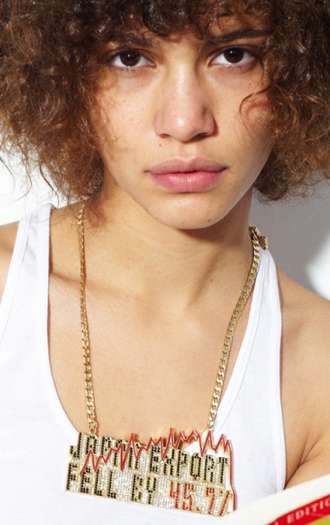 Shelby Lee Walsh — December 21, 2009 — Fashion
References: viceland
Share on Facebook Share on Twitter Share on LinkedIn Share on Pinterest
The recession has hit people hard and has influenced many things including Kali Arulpragasam's 'CRA$H' collection of jewelry. This Sri-Lankan-born designer is now based in London and crafts a jewelry line that reflects the economic downturn in a fun Fresh Prince of Bel Air sort of way.

When asked why her necklaces were all pie charts and graphs, Arulpragasam's response was that she "wanted to do something that manipulates glitz and brings reality and misery into glamour. Even though the stones are selling something so miserable, it’s still fantastic. It’s a sort of clash that works really well, unemployment, homelessness, debt, statistics, numbers – the truth about the economic crisis."

Take a look at her CRA$H line in the above gallery.
3.8
Score
Popularity
Activity
Freshness
View Innovation Webinars