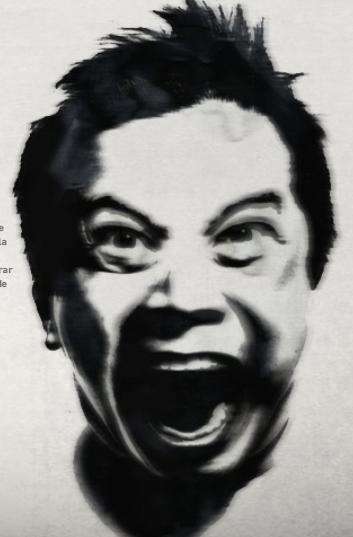 Juan Carlos Bonilla — April 24, 2007 — Tech
References: kahrashin & contagiousmagazine
Share on Facebook Share on Twitter Share on LinkedIn Share on Pinterest
To promote a new video game, EA has created a website which focuses on 'Kah Ra Shin', a made-up martial art that involves outer violence to attain inner peace. At the EA site, you can upload your scream into the camera, among other things. There's even a tutorial to teach you how to scream

"Are you misunderstood? Does nobody know how ANGRY you are? Well, now's your chance to let it all out. To promote the new Burnout Dominator game, EA has teamed up with Wieden + Kennedy Amsterdam to produce a new interactive website based around a made-up martial art movement called Kah Ra Shin. The movement allegedly started in Tibet in the 19th Century when an angry peasant boy in a fit of rage snapped a baby goat's leg and found it calmed his nerves. As such, Kah Rah Shin calls for practitioners to gain 'inner peace through outer violence' and shows how to use this very special art in everyday stressful situations at home, in traffic jams, and â€“ we suspect most importantly â€“ in the office." - Most Contagious
2.6
Score
Popularity
Activity
Freshness
Get Trend Hunter Dashboard