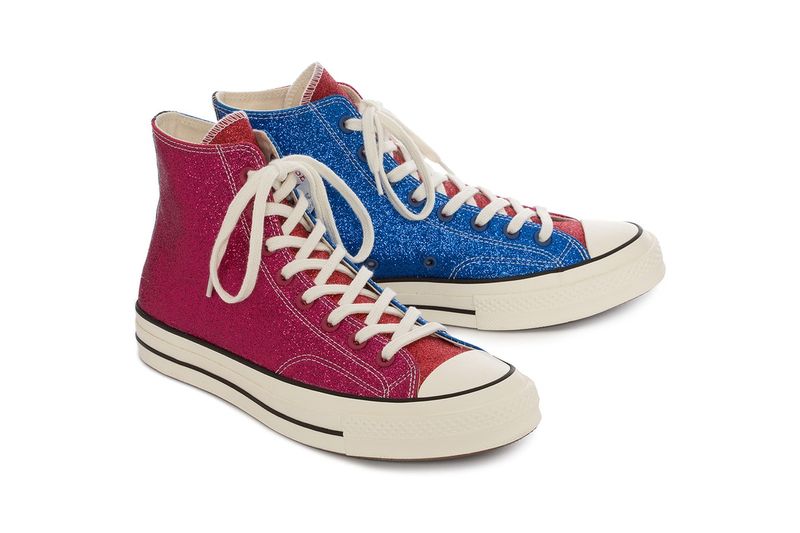 J.W.Anderson and Converse Collaborated on an Expansive New Line

Included in the range are some of the footwear brand's most iconic silhouettes, such as the Chuck Taylor All Star, which is offered in both high and low-top versions. Also included are statement boots, which are constructed from a breathable woven material. On the Chuck Taylor All Stars, the designer's name is featured in minimalist patterns, whereas others feature color-blocked glitter-heavy designs. Those who are drawn to simplistic aesthetics are likely to find the suede high-tops and the black woven low-tops appealing as well.

The J.W.Anderson and Converse collection is expected to drop in September, however the glitter sneakers won't be out until December.
5.3
Score
Popularity
Activity
Freshness