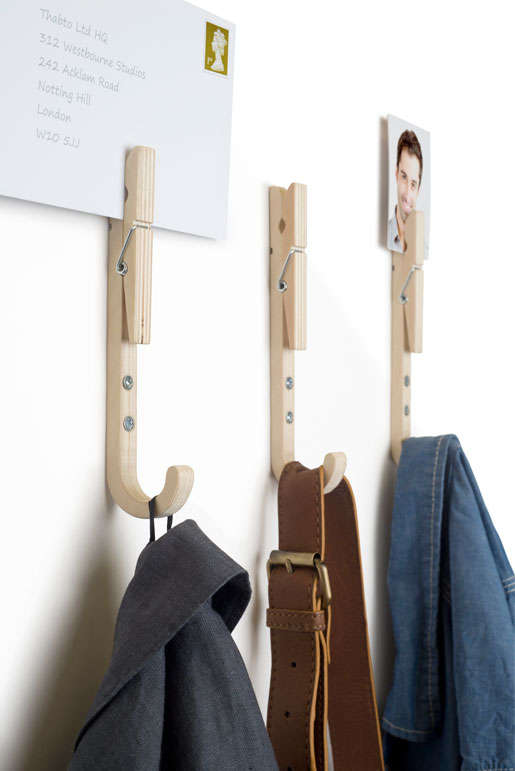 Meghan Young — March 8, 2013 — Art & Design
References: thabto & yankodesign
Share on Facebook Share on Twitter Share on LinkedIn Share on Pinterest
Jpegs by Jason Caswell are clever combinations of a standard clothespin and a coat hook. Perfect for a home's front entrance, they work double duty by providing a place for jackets while also allowing people to clip notes, pictures and more by way of the peg end.

Created for Thabto (Two Heads Are Better Than One), a design and giftware studio based in London, England, Jpegs by Jason Caswell can also be utilized in other rooms of the house. For instance, they boast a super strong magnet that allows them to be stuck to fridges. Once there, they can serve as a tea towel holder and a place to proudly display kid's paintings, to-do lists and even recipes.