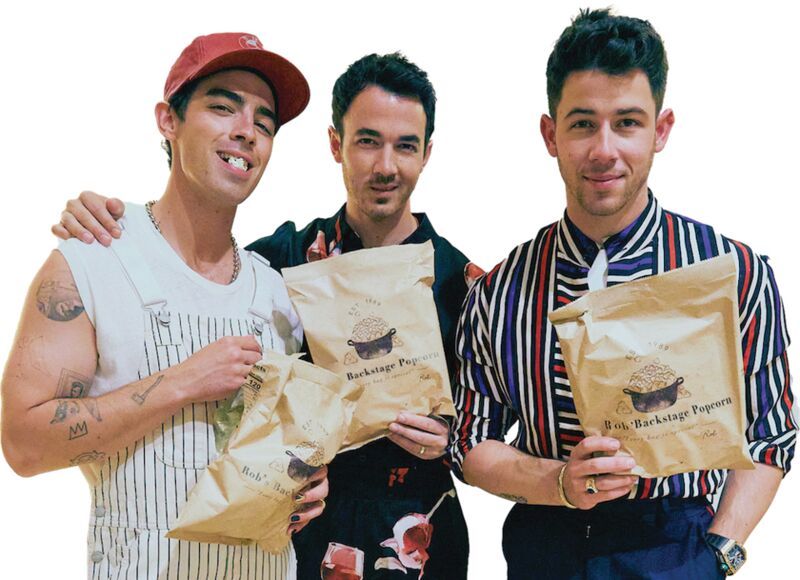 The Jonas Brothers Have Launched a Specialty Popcorn Brand

Of course, there's a story behind the brand's seemingly bizarre decision to enter the popcorn market. Apparently, Rob Garbowsky -- the father of the Jonas Brother's longtime friend and former bass guitarist Greg Garbowsky -- would make the band popcorn with a secret seasoning while on tour. Since 2009, Garbowsky's special popcorn has been the band's unofficial behind-the-scenes snack.

Now, the Jonas Brothers have tapped Rob and Greg Garbowsky and partnered with The Naked Market to introduce their beloved, seasoned popcorn to their fans. Interestingly, the band has opted to follow a direct-to-consumer business model and currently has no plans to distribute via retail stores.