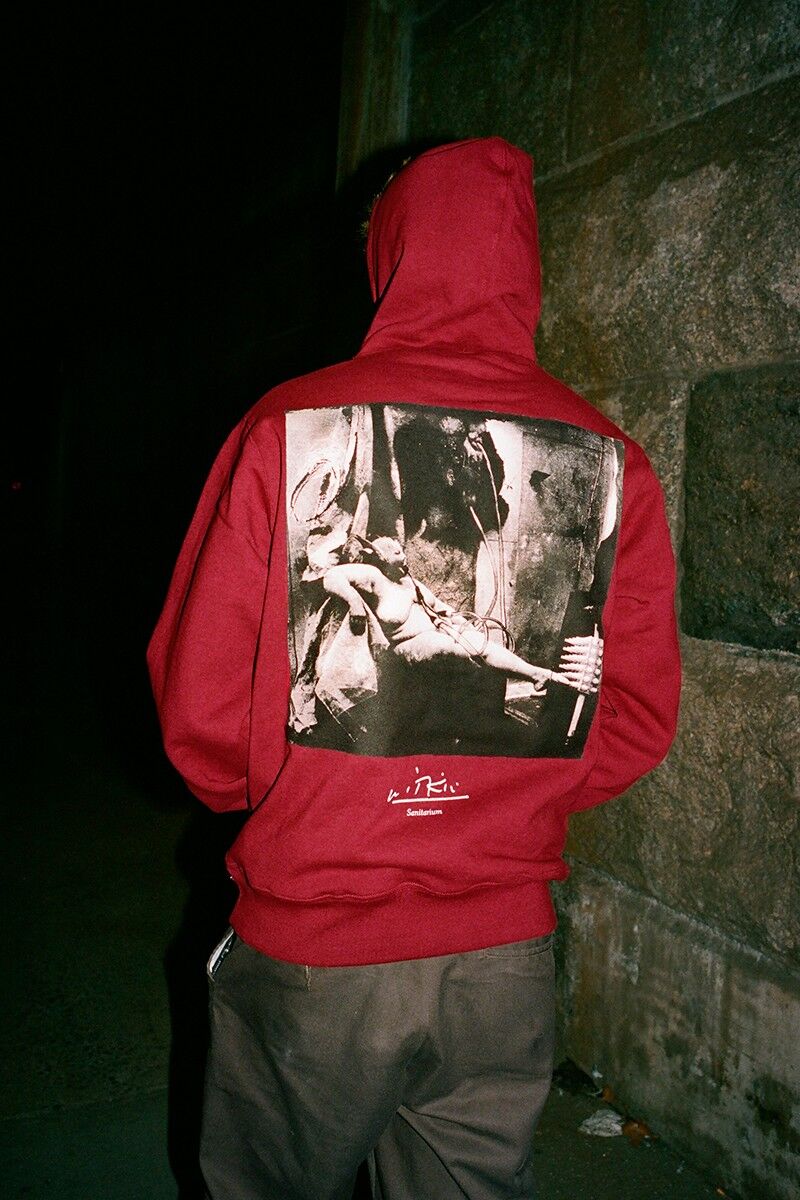 Amy Duong — September 21, 2020 — Fashion
References: instagram
Share on Facebook Share on Twitter Share on LinkedIn Share on Pinterest
Streetwear giant Supreme taps the talents of Joel-Peter Witkin on a new collaborative collection designed for the Fall/Winter 2020 season. The two officially drop the fifth capsule for the colder seasons in correlation to the fashion label. The main inspiration behind the capsule explores Witkin's evocative artwork that falls on the lines of the conventional notions that explore spirituality, desire, as well as mortality.

The visuals are drawn from earlier photography history capturing religions and paintings done by artists such as Picasso, Balthus, and much more. The capsule is made up of a hoodie and two graphic tees along with three images by Witkin. The images include 'Harvest,' 'Sanitarium,' and 'Mother and Child (With Retractor, Screaming).'