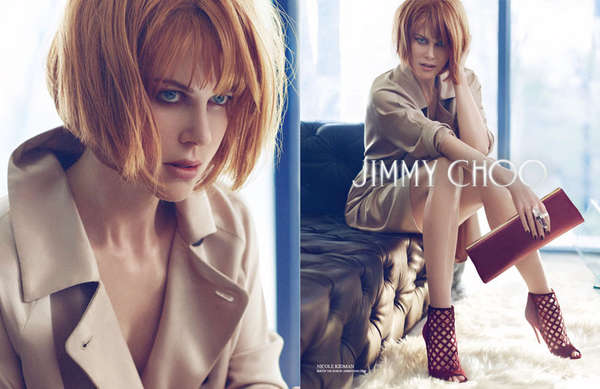 Meghan Young — July 3, 2013 — Fashion
References: us.jimmychoo & fashiongonerogue
Actress Nicole Kidman might be known as much for her red hair as she is for her long legs, but the Jimmy Choo Fall 2013 ad campaign gives her a slightly different 'do that is edgy and chic. The short bob fits the role of the film noir, Hitchcock-inspired protagonist she takes on for both the photoshoot and short film.

Shot by photographer Mikael Jansson, the Australian beauty was styled by Julia Von Boehm. She showcases the label's bags and boots in seductive outfits. Kidman says, “I really enjoyed being able to play a role that was strong, sexy and in control. I got into a relationship with the photographer and Mikael is very intuitive, he knows what I am thinking and feeling and is able to translate it through the camera."
5.3
Score
Popularity
Activity
Freshness