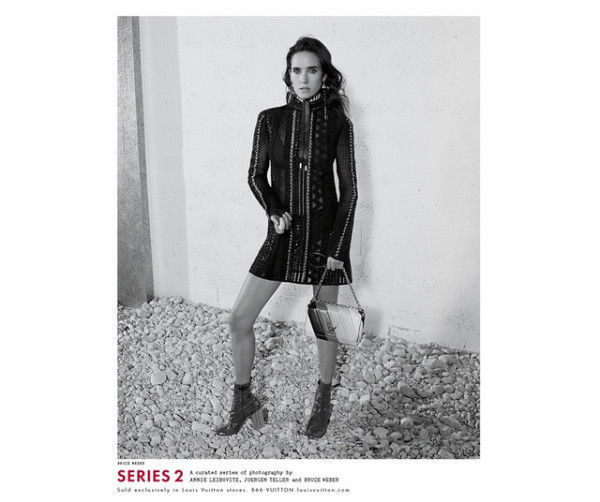 Leibovitz teamed up with Juergen Teller and Bruce Weber for a second time to shoot a Louis Vuitton line. Entitled 'Series 2,' this shoot showcases both Connelly and Erichsen modeling seperately in stylish chunky heeled boots, turtle neck dresses and branded Louis Vuitton purses. Leibovitz used a mixture of black and white and colored film that added a timeless, yet bohemian, aesthetic to the shoot. Along with images featuring Connelly and Erichsen, the campaign also has shots of the garments and accessories on their own, for example, positioned on top of antique books.
0.9
Score
Popularity
Activity
Freshness
Get the 2021 Trend Report FREE