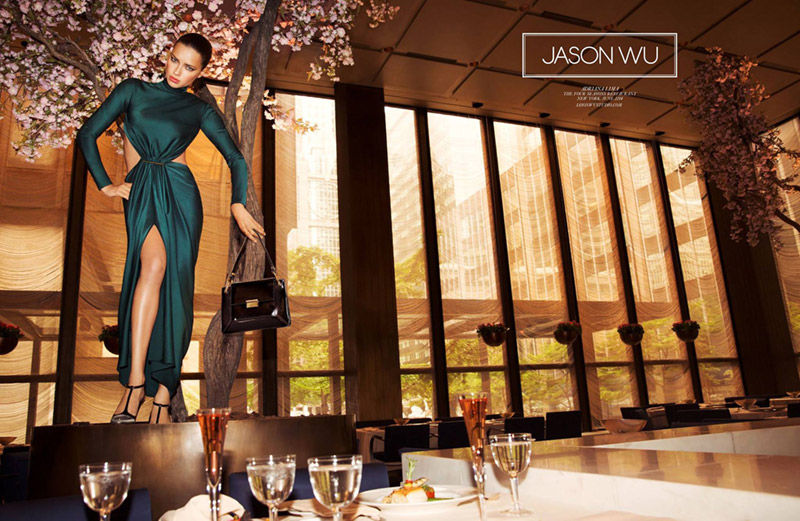 Meghan Young — June 25, 2014 — Fashion
References: jasonwustudio & fashiongonerogue
It is only natural that model Adriana Lima would star as the face of the Jason Wu AW14 ad campaign. After opening up his fall show in September, it was already determined that she was the perfect fit. Yet Jason Wu has taken it upon himself to elaborate, “She’s sexy, and there’s this feline-esque prowess that felt appropriate for the clothes. And she’s got those eyes! She’s like our own Bianca Jagger.”

Shot by photography duo Inez van Lamsweerde and Vinoodh Matadin, the Jason Wu AW14 ad campaign it set in a luxe restaurant environment in which the Maybelline beauty stands boldly above a table set with food at the Four Seasons. As though channeling her inner animal, she is a vision in an emerald-green cut-out dress. She is ferociously elegant.
5.1
Score
Popularity
Activity
Freshness