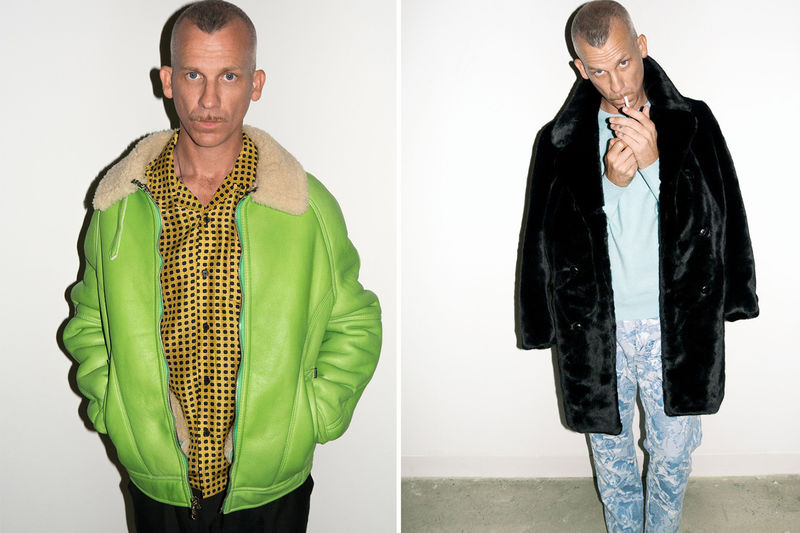 Riley von Niessen — August 25, 2016 — Fashion
References: supremenewyork & highsnobiety
As a means to pay tribute to its earlier roots, Supreme elected an opinionated skater known at Jason Dill to model some of its best Fall/Winter 2016 looks.

In order to capture the legend at his best, the brand got help from acclaimed photographer Terry Richardson, who has previously been behind the camera for advertising campaigns for brands like Tom Ford, Yves Saint Laurent and Marc Jacobs.

The photographer has also formerly collaborated with Supreme as well, making the editorial with Jason Dill flow especially smoothly. Although relatively short, Jason Dill manages to model many looks, including a lime jacket with a sheepskin collar and another that's made from black leather which has card designs imprinted into it.
4.5
Score
Popularity
Activity
Freshness